James joined the funeral industry in 2017, gaining much experience working with independent funeral directors. He previously worked in the ambulance service for 15 years following other roles which have always been people focused.

Having a father in the forces, James lived in various places around the world as he grew up, including Hong Kong and Northern Ireland, before settling on the Isle of Wight.

He moved to Oxfordshire in 1997, but has recently moved to live here in Moreton-in-Marsh.

James has a wide range of interests, including watching Formula 1, visiting and researching archeological and historical sites and reading crime thrillers. He also enjoys travelling around the UK and going on cruise holidays.

He has a number of varied professional and vocational qualifications which he has acquired during his previous roles, including a Diploma in the Principles of End of Life Care. He always works to a very high standard and maintains his continued professional development to keep on top of all new best practices and guidance.

Having studied aeronautical engineering at university, James is also able to ‘turn his hand’ to solving most practical problems and is skilled at fixing computers and other electronic devices. He is also reasonably adept at numerous DIY tasks and is always willing to use these skills to help others. 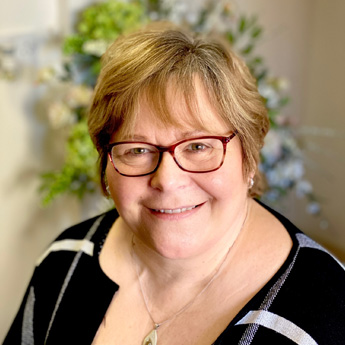 Diane joined the funeral profession in 2015 after a 30 year career in banking. Originally from Staffordshire, moving to Northamptonshire in 1989, and then to Oxfordshire in 2008. Having worked in Moreton-in-Marsh for over a year, she has grown to love the local area, and has recently moved to live here.

In her spare time she loves to visit castles and cathedrals and got bitten by the “cruising bug” in 2018, where she can often be found, cocktail in hand, gazing out to sea.